The RenderManager layer (available for download including example programs and source code for these programs from here: http://osvr.github.io/using/ ) provides a set of high-performance low-latency rendering utilities for game engines, OpenGL and Direct3D applications. These services include:

RenderManager does this in a generalized way to support multiple HMD configurations including single- and dual-port models, HMDs that prefer portrait or landscape mode, HMDs with required distortion correction and more.

Support for Unreal 4.9 is also available at https://github.com/OSVR/OSVR-Unreal

A major update to the OSVR positional tracking now includes the following:

Check the diagram on http://osvr.github.io/contributing/ for frequent updates on the projects. Current diagram is: 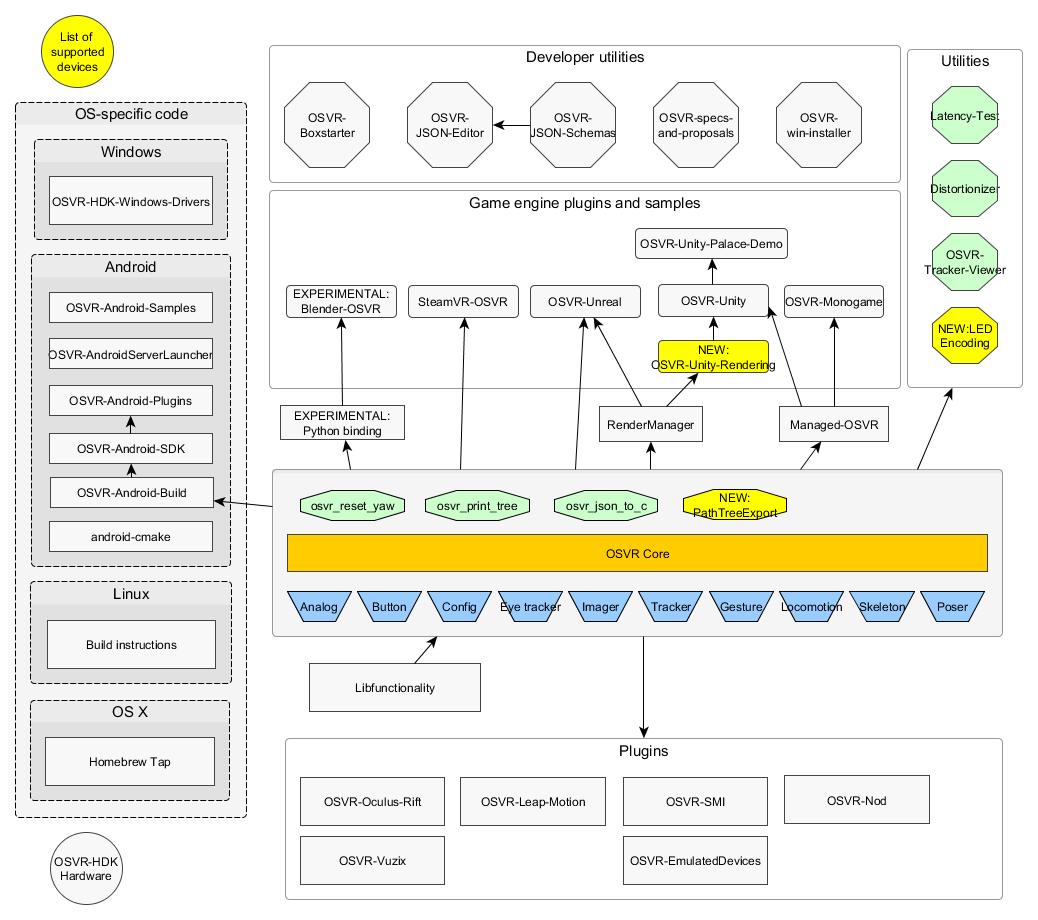 Thank to all the outside contributors, but a special shout-out to @Armada651 and @d235j
​